To Jesus through Mary: the Analogy of the Two Hearts 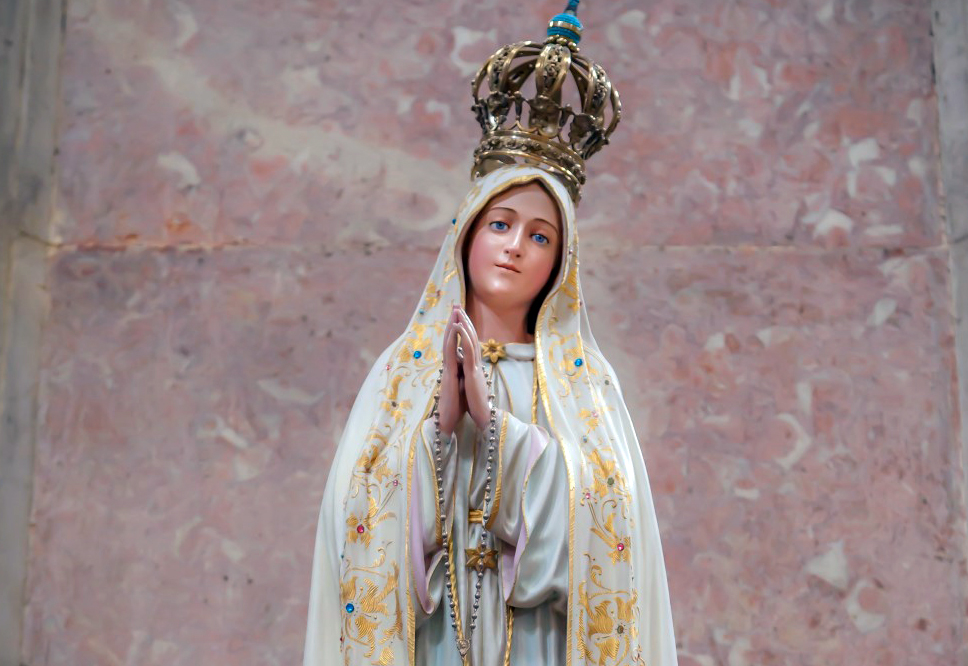 In the July 13, 1917 apparition of Our Lady at Fatima, we can discern the basis of the strict analogy between devotion to the Immaculate Heart of Mary and devotion to the Sacred Heart of Jesus. Together with the role of Mediatrix that God wills for Mary, this analogy is the theological foundation for consecration to Our Lady. 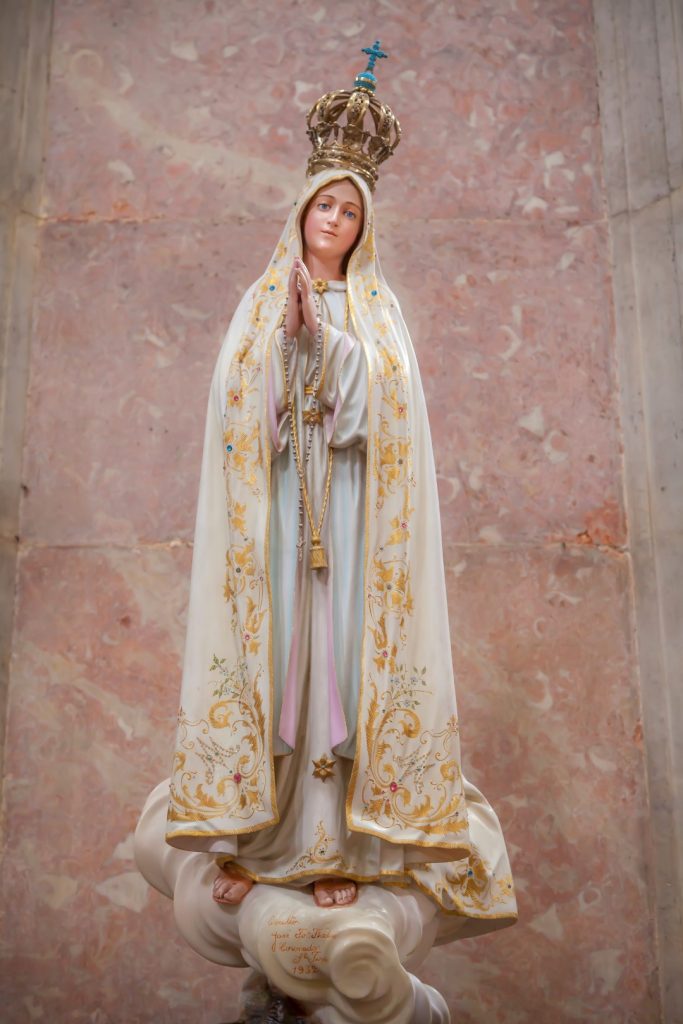 In the last article, we considered how the Fatima apparition of July 13, 1917 gives a clear illustration of Mary’s mediation, that is, of Her role of intercession between us and Her Son and as distributrix of graces. Such mediation is one of the fundamental principles on which the practice of consecration to Her Immaculate Heart is based. Another is the analogy of Her Immaculate Heart with the Sacred Heart of Jesus. Let us look, now, at how this analogy is manifested in the signs and message of the Fatima apparitions.

In the July 13, 1917 apparition at Fatima, Our Lady taught the children this act of offering: “O Jesus, it is for love of You, for the conversion of sinners, and in reparation for the sins committed against the Immaculate Heart of Mary.” She also showed them hell, and said that God wished to establish in the world devotion to Her Immaculate Heart to save poor sinners from going there. She predicted that World War I would end, but warned that, “if people do not cease offending God, a worse [war] will break out during the pontificate of Pius XI.” She announced that, to save mankind from such evils, She would “come to ask for the consecration of Russia to my Immaculate Heart, and the Communion of reparation on the First Saturdays.”

In addition to this Magisterial concordance with the Fatima message, suggesting similarity between the two hearts, there is also the testimony of the saints. The statement made by Saint Louis-Marie Grignion de Montfort in his Treatise on True Devotion to the Blessed Virgin Mary is worth underscoring: “We consecrate ourselves at one and the same time to the most holy Virgin and to Jesus Christ; to the most holy Virgin as to the perfect means which Jesus Christ has chosen whereby to unite Himself to us, and us to Him; and to our Lord as to our Last End, to whom, as our Redeemer and our God, we owe all we are” (no. 125).

These are just a few examples illustrating the analogy between Jesus and Mary, between His Heart and Her Heart, between consecration to His Heart and to Her Heart. Needless to say, it is an analogy and not an identity. Consecration to Her and to Her Heart is always a means of arriving at Him and His Heart. Thus we see that consecration to the Immaculate Heart of Mary is justified on the basis of the concept of analogy and mediation. We consecrate ourselves to Mary in order to belong more entirely to Jesus. Saint Louis-Marie gives us the rationale in this way: “All our perfection consists in being conformed, united and consecrated to Jesus Christ; and therefore the most perfect of all devotions is, without any doubt, that which the most perfectly conforms, unites and consecrates us to Jesus Christ. Now, Mary being the most conformed of all creatures to Jesus Christ, it follows that, of all devotions, that which most consecrates and conforms the soul to Our Lord is devotion to His holy Mother, and that the more a soul is consecrated to Mary, the more it is consecrated to Jesus” (True Devotion, no. 120).

This, of course, seems like utter foolishness to our Protestant brothers and sisters and—unfortunately— to not a few of our Catholic brothers and sisters, but this is part of the mysterious design of God who wills Mary’s mediation as the most direct way to Jesus. Now the specific plea of Our Lady at Fatima, clarified subsequently to Sister Lucia at Tuy, Spain on June 13, 1929, was the consecration of Russia, but the principle remains valid for all.

The second major act of devotion to the Immaculate Heart of Mary formulated in the July apparition of Our Lady is that of reparation. Just as She would come later to Sister Lucia to ask for the consecration of Russia, so the Lord himself would also come later to her to ask for the Communion of reparation for the sins committed against the Immaculate Heart on the five First Saturdays of the month. This happened in Pontevedra, Spain on December 10, 1925 and on February 15, 1926. As I have noted elsewhere, the theology of reparation to the Immaculate Heart of Mary remains virgin terrain. It is repeatedly illustrated in the lives of the three shepherd children in all four memoirs, but its theological elaboration remains to be further explored.

The analogy between the Two Hearts is not hard grasp. God willed Mary, Jesus’ Immaculate Mother, from all Eternity, in the one and same decree of the Incarnation of His Son, the Eternal Word and Redeemer, that she should cooperate with Him in the regeneration of human kind. The appearance of the Blessed Virgin at Fatima, and the salvation message which she delivered there, once again point us to the unity of the Two Hearts, and help us understand that the Immaculate Heart of Mary is the surest way to the Jesus’ Sacred Heart.