Fatima and Our Contemporary World 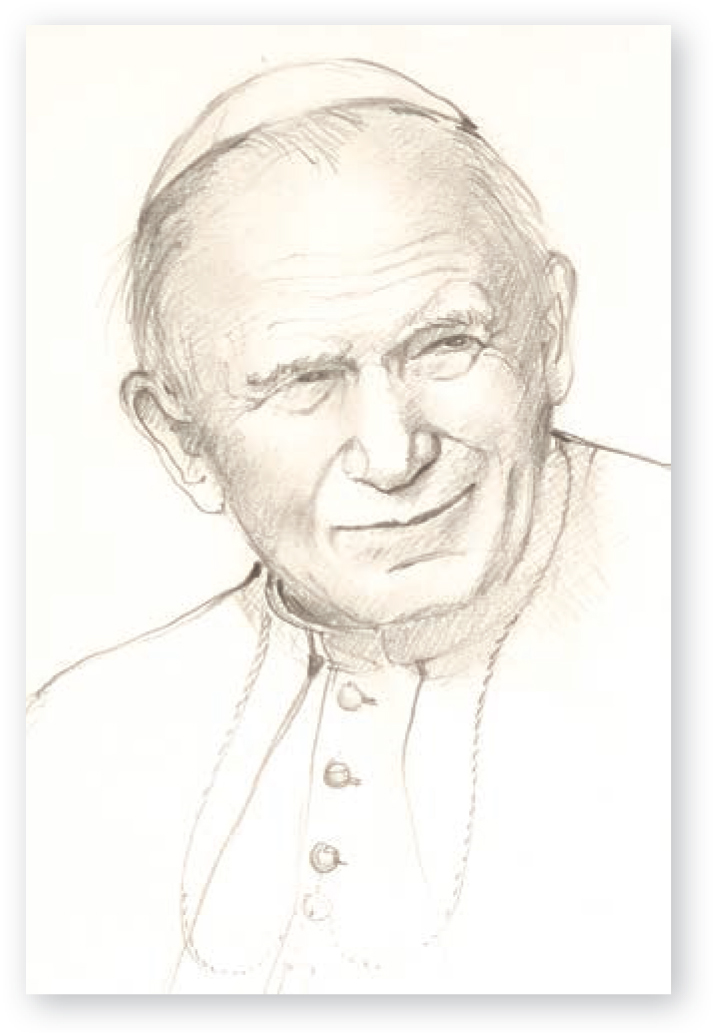 Although Our Blessed Lady’s appearances at Fatima occurred almost one hundred years ago, there is a certain timeliness about her message that transcends century and place. The exhortations of the Mother of God to the three little shepherds that they must pray and do penance for sinners still ring true to our ears—we who live amidst such contrasting societal norms.

In some ways, our world is vastly dissimilar to that of 1917. Immediately, one thinks of incredible technological advances that could scarcely have been dreamt of back then. For example, the age of instant communication, travel through space and modern medicine spring to mind.

On the other hand, the joys and sorrows of the human heart are largely unchanged from ten decades ago. One’s relationships with another can be happy and then summarily broken. One’s physical health can be robust and then imperiled. And even the believer who normally lives a wholesome life can then surrender to grave temptation and find himself outside of God’s friendship.

Fatima is for today! The Ever-Virgin’s words are still filled with luster and meaning. Anyone who makes the effort to reflect on the apparitions of Our Lady can come to an appreciation for her mission in our era.

I would like to propose two modern models[1] who answered Our Lady’s invitation to prayer and penance. Let us look carefully at the spiritual legacies left to us by two of our contemporaries: St. Katharine Drexel and St. John Paul II. 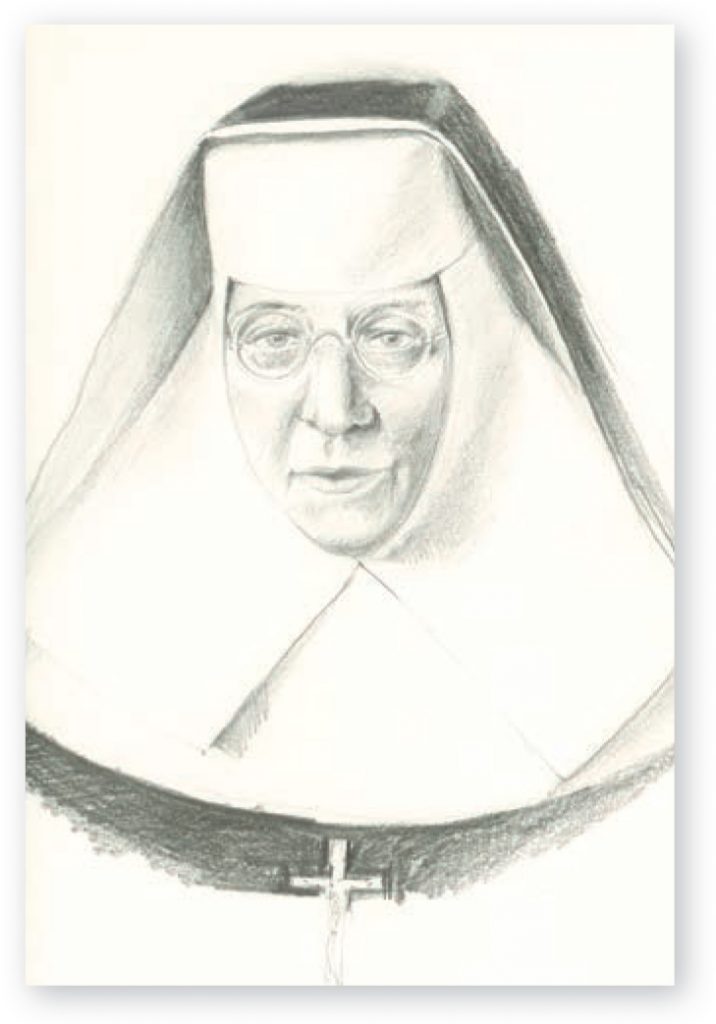 Born in Philadelphia in 1858, Katharine Mary Drexel hailed from great faith and great wealth. Her uncle was the founder of Drexel University in Philadelphia.

Young Katharine professed Religious Vows and eventually established in 1891—with ecclesiastical approbation and the assistance of Archbishop James O’Connor of Omaha—“The Sisters of the Blessed Sacrament for Indians and Colored People.” Today, this Religious Institute is commonly referred to as “The Sisters of the Blessed Sacrament.” This zealous Religious was responsible for the opening of multiple schools (nearly sixty), including Xavier University in New Orleans.

God summoned Katharine to himself on March 3, 1955, at the age of ninety-six. Mother Katharine was beatified in 1988 by Pope St. John Paul II and canonized in 2000 during the Great Jubilee by the same Roman Pontiff. She is the second American-born Saint, Elizabeth Ann Seton having been canonized in 1975 by the Servant of God Pope Paul VI.

In the official biography offered by the Congregation for the Causes of Saints, we read:

In her quiet way, Katharine combined prayerful and total dependence on Divine Providence with determined activism. Her joyous incisiveness, attuned to the Holy Spirit, penetrated obstacles and facilitated her advances for social justice. Through the prophetic witness of Katharine Drexel’s initiative, the Church in the United States was enabled to become aware of the grave domestic need for an apostolate among Native Americans and Afro-Americans. She did not hesitate to speak out against injustice, taking a public stance when racial discrimination was in evidence.[2]

Furthermore, according to our source:

Katharine left a four-fold dynamic legacy to her Sisters of the Blessed Sacrament, who continue her apostolate today, and indeed to all peoples:

– her love for the Eucharist, her spirit of prayer, and her Eucharistic perspective on the unity of all peoples;

– her undaunted spirit of courageous initiative in addressing social iniquities among minorities . . . ;

– her belief in the importance of quality education for all, and her efforts to achieve it;

– her total giving of self, of her inheritance and all material goods in selfless service of the victims of injustice.[3] 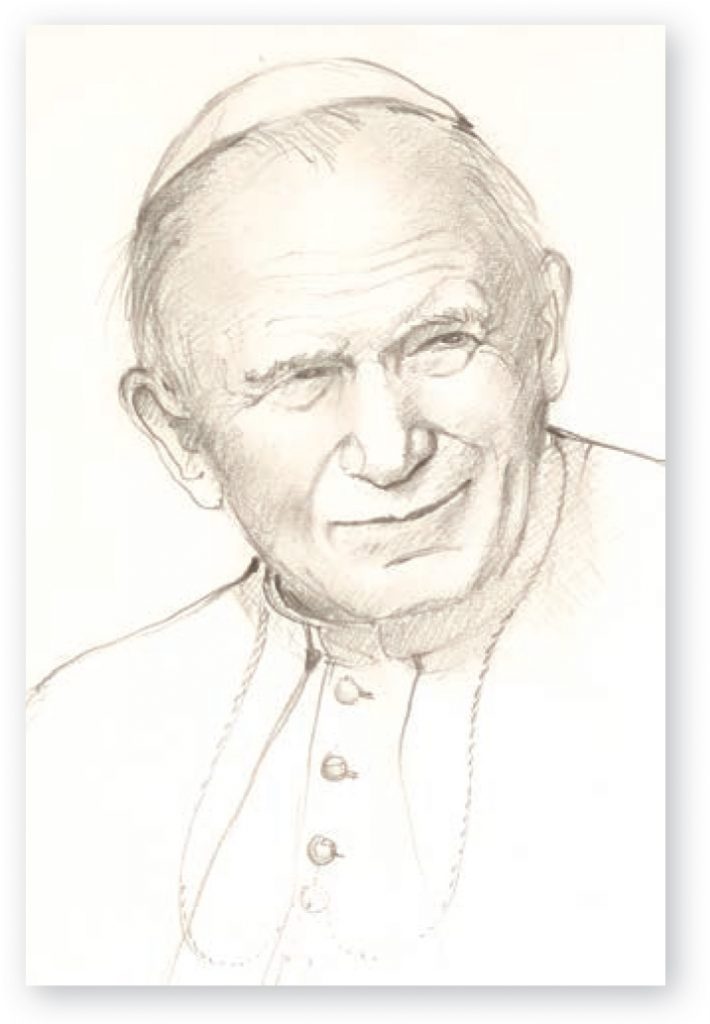 Born in 1920 in Wadowice, Poland, Karol Józef Wojtyła also came from great faith but not great wealth. His parents were devout, hardworking persons who gave their son an inspiring pattern of holiness to follow. Neither of his parents nor his older brother, Edmund, would live to see Karol ordained to the Holy Priesthood, which occurred on All Saints Day—November 1, 1946—after his clandestine seminary studies.

Karol Cardinal Wojtyła became Pope John Paul II on October 16, 1978. His nearly twenty-seven-year papacy is often described in various ways: “Be not afraid!” . . . “Totus Tuus”—“I am totally Yours, O Mary, my Mother, and all that I have is Yours” . . . Man is created in the imago Dei—the Image of God. The innumerable writings, pastoral visits outside of his home in the Vatican Apostolic Palace, World Youth Days, Canonizations (482) and Beatifications (1,338)… the Holy Father’s Pontificate was filled with intense activity.

He left this world on April 2, 2005, the Vigil of the Second Sunday of Easter which, thanks to him, is now known as “Divine Mercy Sunday.”

His Successor—and longtime friend and brother priest and bishop—Pope Benedict XVI, beatified Pope John Paul II on May 1, 2011. His liturgical Memorial is October 22, the anniversary of the inauguration of his Petrine service in 1978.

What do we glean from this outstanding apostle of Christ and his life among us?

I suggest four virtues evident in the lives of Saint Katharine Drexel and Saint John Paul II that we, too, can—and must—possess if we are to live the mandate that Mary delivered to the three shepherd children.

Fidelity. When a man and woman marry, when a man is ordained to the Diaconate or the Priesthood, and when a man or woman becomes a consecrated person by way of the Profession of Vows, faithfulness is demanded. Without fidelity to our personal vocation, we are doomed to fail miserably along the path that God has marked for us. But with faithfulness, we will meet the challenges inherent in our vocations.

Hope. Much of humanity has scarce hope these days. We often seem to forget that Christ has died, that He has risen from the grave and that He lives among us. How we must remain filled with a hope that insists: Jesus Christ has already conquered Satan and sin!

Perseverance. St. Katharine Drexel was almost completely immobile during the final eighteen years of her life due to a grave illness. Since she could no longer leave the Convent to assist her Sisters “in the field,” she embraced adoration and contemplation. St. John Paul II, especially when reaching eighty years of age in 2000, suffered from debilitating illness and sometimes had to scale back his outings and appointments. He heroically yielded to his cross. In both cases, these holy persons did not complain, but tried their best to complete the work that the merciful God had entrusted to them. May that also be true for us.

Trust. Confidence in God is to undergird all that we accomplish. Without trust in him, we flail away in whatever we attempt. He is with us and wishes to guide us in our endeavors. He is our loving Father who cares for us. Therefore, we surrender to him. Families are enriched and unified when their members pursue the virtues of fidelity, hope, perseverance and trust.

Saint Katharine Drexel and Saint John Paul II demonstrate that sanctity may be attained by cooperating with the Holy Spirit. Only then is there any chance to live the Fatima message—whether today or at any period of history.

Our Blessed Lady’s plea that we pray and do penance is urgent. Thank God, we have before us two patterns of holiness that spur us on to imitation and eventually to Heaven.

[1]Monsignor Charles M. Mangan, “Living the Fatima Message as We Strengthen our Families in the Midst of a Troubled Society: Taking a Cue from Saint Katharine Drexel and Saint John Paul II,” a paper presented at the 2012 Marian Congress sponsored by the World Apostolate of Fatima, Archdiocese of Saint Paul and Minneapolis, at Saint Joseph Church, West Saint Paul, Minnesota on the First Saturday, March 3, 2012—the Memorial of Saint Katharine Drexel, Virgin.