For the occasion of the 101st Anniversary of the Miracle of the Sun at Fatima, we are proud to present the complete, edited video footage of the 2017 Fatima Centennial speaker events which were live streamed on May 13 and October 7, 2017.

Impelled by the continuing importance of the Fatima message, yet to be fulfilled one hundred years after the apparitions, and with the help of faithful friends from various fields—priests, theologians, media professional, artists, and musicians, as well as many others who were willing to do the “grunt work” needed to put together such live stream events, we collaborated to produce an appropriate retrospective of the historic Fatima event and its spiritual meaning for us today. The result was the project we now present:

Between the Warning & the Promise:

A Centennial Review and Pastoral Interpretation of the Fatima Message

This two-part series of talks examines the most important supernatural event of the 20th Century, presenting the historical facts, the spiritual and theological meaning of the Fatima event and its as-yet-unrealized significance for the Church and humanity. Both speaker events had the underlying purpose of furthering the awareness that the Message is still relevant today, even more so than ever before. At a time when the practice of the faith was already dwindling, and the spread of sin accelerating, Our Lady offered and requested an approach to Christian life that has the potential to bring about world peace, which is yet simple enough for every individual to put into practice.

The Fatima message is both apocalyptic in tone and full of evangelical hope. Realizing the need to balance these two aspects in order to avoid distortions, we aimed to address both the warnings and the promises. The global magnitude of the dangers Our Lady revealed to the three shepherd children at Fatima is counterbalanced by the universal accessibility of the means she indicated for avoiding and minimizing the inevitable consequences if man continued to rebel against God and his order. Whether focusing on the warnings or the promises, a constant refrain throughout the talks underscored the importance of heeding Our Lady’s simple requests and putting her “peace plan” into practice. 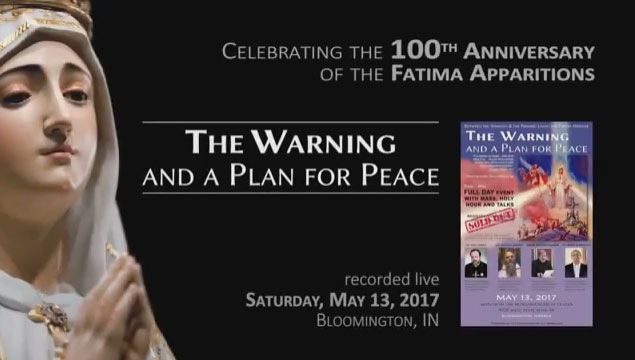 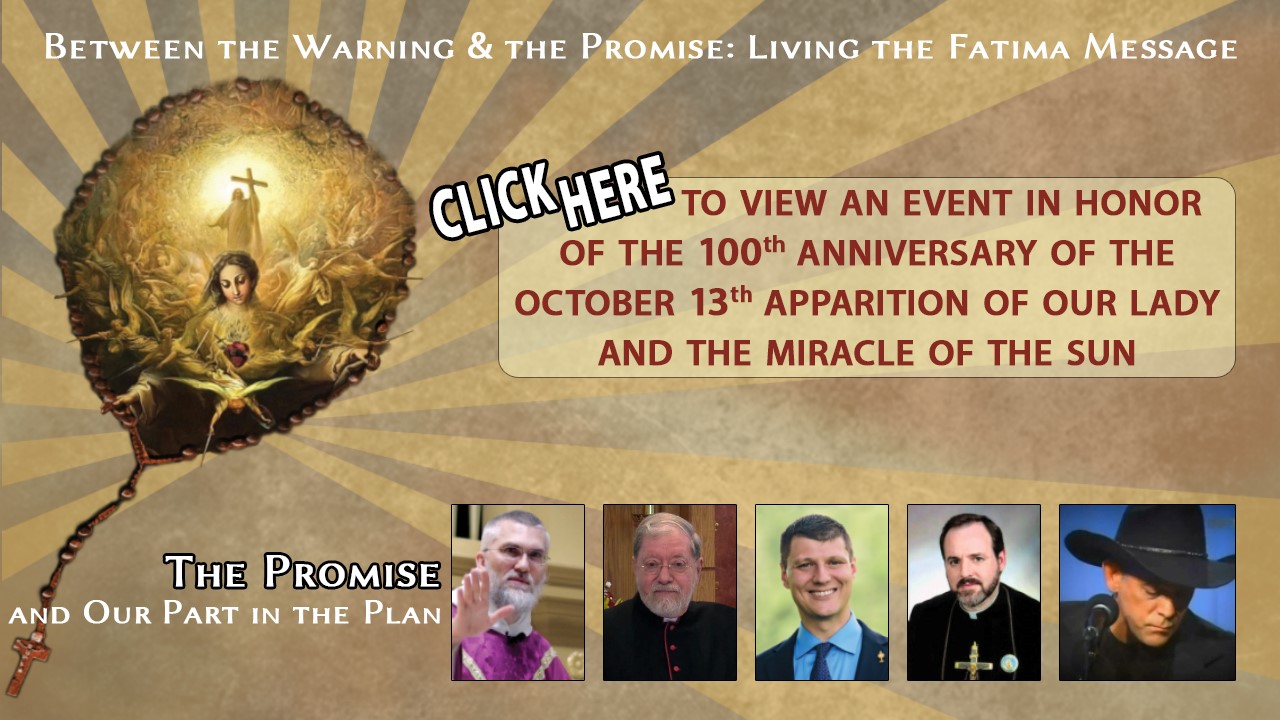